When The Cop Is Watching 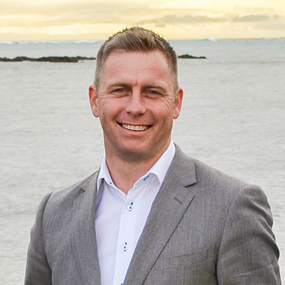 Have you noticed that there are some people who only behave well when they know they are being watched? Their main regret when they are exposed for bad behaviour is that they got caught, not because they are sorry for the behaviour. Take the constant stream of convictions of agents all around Australia for deceitful behaviour, theft and lying.

Just in the last few days we have an agent in Darwin who has been jailed for 5 years for fraud after diverting $237,000 in advertising revenue meant for his company. In New Zealand, an agent was convicted of lying to buyers and fined $35,000. His profile reads: Ben Cartwright has an impressive track record of outstanding customer service, energy and diligence. Wow. What front. Meanwhile in Sydney, an agent has just got an 18 month imprisonment order for diverting $124,000 from his company’s Trust Account.

What this shows is that some people are only able to be trusted if they are being closely monitored. Actually, they can’t be trusted if this is the only reason they behave. Agents run Trust Accounts because they are handling other people’s money. Even in the immediate proximity of our agency in Burwood, Victoria, there are at least two agents that have been convicted for misusing their Trust Accounts and were banned from operating an agency. Temporarily. Now they are back pretending to be trustworthy people. Memories are short and marketing covers up a multitude of sins.

Slightly lower on the pecking order are those that have been convicted of misleading the public but brazenly promote their impeccable credentials for being able to be trusted with the most valuable asset most people own; their home. Not even one year ago, Fletchers were handed the largest ever fine applied ($880,000) for deliberate deception with their prices. Now, under close supervision by Consumer Affairs Victoria, they are behaving and if you can believe the slick marketing, they are so incredibly trustworthy. And their director, who was noted as the primary person responsible for the deliberate misbehavior, has been glowing in being awarded the Australian Agent of the Year. Not for being trustworthy, but hey, he gets results. The lid on how this was achieved was lifted for a moment by a Federal Court judge but now it’s back to business. Move on folks; nothing to see here…

When you need to rely on others for important, even critical, financial decisions, think carefully on whether they can be trusted when nobody is looking over their shoulder. To assist with catching out poor real estate agents we have put together a list of why they may lie.