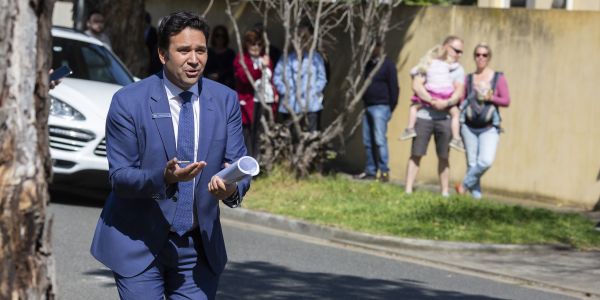 There is an argument for using a public auction to sell your house in a buoyant market. We don’t think it withstands decent, considered scrutiny but at least there is a reasonable argument. But in today’s unarguably soft market, why would anyone do it? Clearance rates are hovering just above 50%. Just think about this for a moment. You have an almost 1 in 2 chance of spending anything from $5-15,000 in advertising costs (typically) and having a very public failure on the day of auction; in front of all your friends and neighbors. So, very costly and potentially embarrassing. But that’s not the worst of it.

What position will you now be in as far as possible buyers are concerned? First a very public failure and now a significant advertising bill to pay. So presumably you are going to be pretty motivated to sell; whilst your property has attracted a “lemon” tag. Who is in the better negotiating position now? You or the buyer? Today, in the 8 local auctions observed by our team of agents, 1 sold, 5 passed in and 2 were withdrawn with no interest whatsoever.

So why do people do it? Because agents still insist on selling blue sky. “We want to reach the widest possible market, so we’ll conduct an intensive marketing campaign over the next 4-5 weeks, bring all of the buyers together and with the competition generated, we may just get even more than what you’re hoping for…” Some even have the hide to sell this as a 4-step sales process: “we can sell either as a forthcoming auction or during the campaign, at auction, or if we need to pass it in on the day, we can still negotiate a suitable deal afterwards”. A fancy explanation for explain away how barely 30% actually sell at auction. Pretty disastrous figures when you think about it.

They know the reality but recognise what a great conditioning tool public auctions are: the money’s been spent, buyers have indicated interest at significantly lower than the blue sky possibilities suggested at the beginning of the campaign and you can now accept the lower figure or pay the hefty bill and keep your property. Quite sobering. It’s easy to see the selective use of the truth by the agent now but that doesn’t really help. There are only two choices available: sell or stay.

There is another way to do business, but most agents recognise that the only two questions that most owners give full attention to are How much can you get me & How much do you charge? As a result, everybody loses and the game goes on.