When Single Developments Change a Suburb 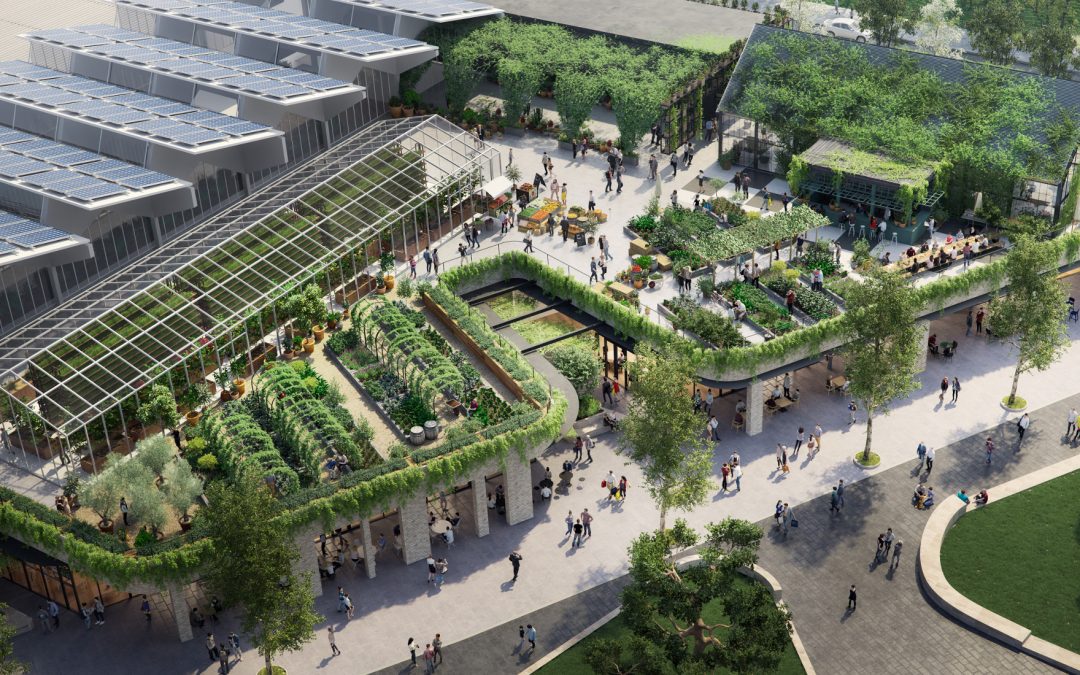 Work commenced this month on what will be a transformative new precinct in the City of Whitehorse. It will even spread its influence to Monash. The new Burwood Brickworks development in Middleborough Rd, Burwood East is finally underway. It will include approximately 700 homes, apartments and townhouse along with a significant retail centre of almost 13,000 square metres. It will include at least one supermarket, restaurants and some major retailers have already pre-committed. With about 2.5 hectares of open space and parkland, it will also feature a rooftop farm of approx. 2000 m2 on the roof of the retail centre. This will assist greatly in what is claimed to be a world first in sustainability, including providing 105% of the power needed.

To be built on the old Brickworks site (behind the RSPCA), it has sat as a local scar for decades. Previously purchased by the US based Readings cinema group for the primary purpose of building a major cinema hardtop complex, the project stalled when the GFC hit and it was eventually sold to the development firm Australand. Rebranded to Frasers Property, the site has continued to sit idle for years as permit after permit for a mixed-use development was obtained. Finally, an acceptable mix has now been resolved and construction work has begun.

Unofficial pre-sales of the residential component have begun, with the primary target being overseas buyers. A local, formal launch is yet to take place but it is finally, really happening.

So, what will be the impact? Being low rise, there will be limited but significant additional traffic. But as a major additional shopping precinct, with most local needs being met, the appeal of the area to local residents is going to increase. It will become a genuine draw-card due to the convenience of either walking to, or maybe driving to a local restaurant (and possibly theatre) precinct. This is a genuinely rare private injection of infrastructure that will positively affect property values within proximity of this new, self-contained village.